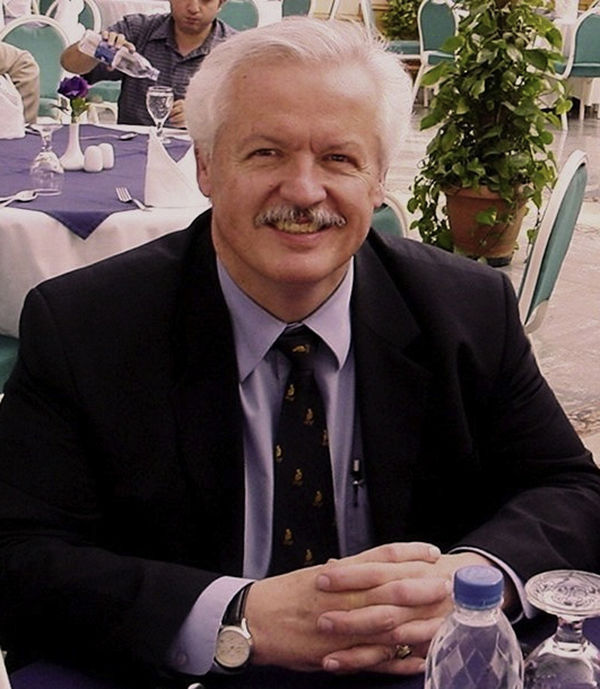 In continuation on the series- ‘Legends in Neuropathology’, I am sending herewith a ‘write-up’ on BW Scheithauer- Mentor, Friend and Prodigy.

So far I did not find comments to any one of my earlier ‘write-ups’. Hence I would urge all the members, the younger generation in particular to kindly spare some of your time and read them. I have little doubt in my mind that you will get positive motivation and enhance your thought process. This will certainly pave way for the success in your professional career.

The medical community was greatly saddened by the untimely death of Bernd W. Scheithauer, MD. During his distinguished 35-year career, he was revered as one of the leading experts in surgical neuropathology, but also cherished as a friend, mentor, and colleague to so many around the world.

Bernd Walter Scheithauer was born in Gelenau, Germany on August 30, 1946, the son of Walter and Renate (Scholz) Scheithauer. This time in history was particularly difficult for the family and German citizens in general. Because of their refusal to join the Nazi party, his parents were taxed heavily. After the war, they found few opportunities in the now Soviet-occupied part of East Germany. Simple survival was a daily challenge and they escaped to West Germany while Bernd was still an infant. While there, Bernd proved to be an insightful and sensitive young boy. Renate shares a story about Bernd, at age 4, where the two of them walked by a candy store one day and stopped to admire the chocolate in the window. After a minute, Bernd turned to his mother and said: ‘ that’s OK; I know that one day we’ll have enough money to buy chocolate.’ Bernd’s formal education began in Germany, but at age 7, the family immigrated to the United States in search of a better life, despite the fact that none of them spoke a word of English. Opportunity eventually knocked in the Northern California coastal town of Eureka, where Mr. Scheithauer worked as a sheet metal craftsman and Mrs. Scheithauer found employment at Bank of America. Bernd’s father was meticulous in his work and refused to sacrifice quality by rushing a job. Like Bernd, every detail had to be just right. Similarly, Bernd adored his mother, enjoying a lifelong extraordinarily close relationship. From her, he inherited generosity and compassion.

Bernd loved growing up in Eureka and often talked about returning to North California someday. He particularly relished the ocean and the giant redwoods. One of his child-hood hobbies, coin collecting, explains his future reputations a pack rat, since he loved to collect glass slides, gross photos, and magnetic resonance imaging scans from ‘‘great cases’’; he also collected historical medical books. His childhood love of reading led to his future passions for history, archeology, and photography, traveling, and learning in general. In high school and early adulthood, he also took up weightlifting. As with everything, Bernd threw himself fully into the sport, winning numerous competitions, including the title of ‘‘Strongest Teenager in California.’’

After graduating from nearby Humboldt State University Arcata, California, in 1969, Bernd started his medical training at Loma Linda University School of Medicine in Loma Linda, California, from which he graduated in 1973.His stellar performance during the pathology course became the new standard by which future students were compared. In fact, the faculty there had fully hoped that Bernd would join their staff after training, but that was not to be. After a year of internship at Loma Linda, Bernd completed 2 years of anatomic pathology residency, 2 years of neuropathology fellowship, and 1 year of surgical pathology fellowship at Stanford University Medical Center in Palo Alto, California. It was there that he worked with the internationally renowned neuropathologist, Lucien J. Rubinstein, MD, an association that firmly placed him on his path to success. When speaking about his former mentor, Bernd seemed to have some mixed emotions. Initially, Dr.Rubinstein disapproved of Bernd’s plan to master general surgical pathology as well as neuropathology, feeling that time in general pathology would detract from more important scientific and scholarly neuropathologic activities. This approach is perhaps more easily understood when considering that at that time, such a combination was exceptionally rare.

Fortunately, Bernd stuck to his convictions, recognizing that the basic rules of pathology don’t change once you go above the neck. The current generation of combined surgical pathologists/diagnostic neuropathologists, a model which is now fairly common, owes a debt of gratitude to Dr Scheithauer for leading the charge .Despite the initial disapproval for Bernd’s career path, Dr Rubinstein appreciated his fellow’s innate talent and became one of his greatest advocates. He not only helped him procure his faculty position at the Mayo Clinic in Rochester, Minnesota, but also insisted on his participation at World Health Organization meetings that ultimately led to the second ‘‘blue book’’ on brain tumors published in1993. Dr Scheithauer was always extremely grateful for this help and for all that he learned from Dr Rubinstein, Bernd spoke about the latest development of the time, glial fibrillary acidic protein immunohistochemistry. As fate would have it, he accepted a faculty position at the Mayo Clinic, the perfect match for an energetic and ambitious tumor neuropathologist. Mayo has occasionally been described as the ‘‘golden handcuffs,’’ since despite being in rural Minnesota, the amazing technical support makes it difficult to consider leaving Mayo. With this unbeatable combination, the next 32 years at Mayo were associated with an unprecedented level of feverish productivity, albeit perhaps with an occasional deterrent. Within a few years he started a consultancy service and grew into one of the busiest in the world, with thousands of cases referred annually. Bernd always loved a challenging case and took great pride in solving the seemingly impossible. No matter how much he had already seen, he found something new and exciting at every sign-out.

In terms of academic achievements, it’s difficult to summarize Dr Scheithauer’s 120-page CV briefly, but a few interesting facts are to be highlighted. It’s no secret that Bernd adored and thrived on projects, writing, and editing. At last count (with several papers still in progress), he published around 750 peer-reviewed articles, 8 textbooks/fascicles, and 80 book chapters, as well as numerous editorials, letters, and reviews. Virtually every topic of central nervous system, pituitary, and peripheral nerve tumor pathology was covered. Likewise, his texts have been widely considered the ‘‘bibles’’ of the field, often co- written with close friends and colleagues, such as Peter Burger, MD; Kalman Kovacs, MD, PhD; Eva Horvath, PhD; and James Woodruff, MD. Seminal papers often focused on practical issues of tumor classification, grading, and new entities. Despite the impressive publication record, Bernd would probably consider his greatest legacy to be his teaching and mentoring. Officially, he trained more than 100 neuropathologists from across the world, but unofficially, there are hundreds more whom he influenced both within the United States and abroad. Probably more than anyone else, Bernd was an international ambassador for surgical neuropathology, hosting visitors from and teaching courses in all 4 corners of the globe. He was an amazingly generous mentor who sprang to life when teaching anyone interested in his craft. To think how much we’ve lost with Bernd’s passing is overwhelming. However, it’s comforting to know that Bernd lives on in the hearts of countless people he has personally touched and trained. Today, you can’t read a textbook on brain tumors without finding Bernd’s influence on every page

Bernd is survived by his mother, Renate Scheithauer,; his son, Hans,; his daughter, Monika Maxey, and a grandson, Aiden. His second grandson is on the way at the time of Bernd’s demise and will receive the middle name of Bernd in honor of Dr Scheithauer.