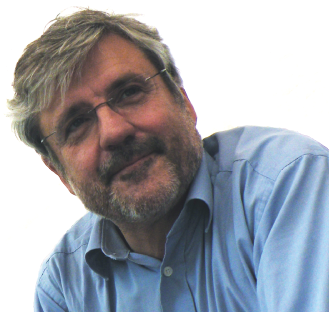 I am sure that most of you would be enjoying early winter nowadays. The weather in ‘God’s own country’ is still warm but quite pleasant in nights.

I am sending herewith the next ‘write-up’. I do hope it will make an interesting reading material.

On January 12, 2014, a few days after his 61st birthday, Hans A. Kretzschmar, Chair of Neuropathology and Director of the Centre for Neuropathology and Prion diseases at the Ludwig Maximilian University Munich died of cancer. Hans Kretzschmar was one of the leading German neuroscientists and had a huge impact on the field of neurodegenerative diseases and Prion diseases in particular.

Hans Kretzschmar was born on January 3, 1953, in Munich. Having received his school education at the Rupprecht Gymnasium, he studied medicine at the Ludwig Maximilian University Munich. Having graduated in 1980, he started his medical career as a resident in general pathology with Dr. Peter Meister at the Department of Pathology, Städtisches Krankenhaus Harlaching. In 1983, Dr. Kretzschmar began his training in neuropathology at the University of California, San Francisco under the direction of Dr. Stephen J. DeArmond. Here, he started his collaboration with Dr. Stanley B. Prusiner and laid the foundation upon which he built the admirable range of his interests and the fields of research to which he would later make so many seminal contributions: Hans Kretzschmar deciphered the genetic sequence of the human Prion protein gene—at that time a daring and highly distinguished endeavor. Moreover, he studied the localisation of Prion protein mRNA by in situ hybridization. At that time, the lab of Dr. Stanley B. Prusiner, who in 1997 received the Nobel Prize in physiology for the discovery of Prions as a new biological principle of infection, was full of young German scientists such as Dr. Detlev Riesner, who became a close lifelong friend. Hans Kretzschmar continued in basic research for another year in the Department of Molecular Biology in Zürich, headed by Dr. Charles Weissmann, after which he decided to complete his specialisation in neuropathology with a residency in the Department of Neurosurgery at the University of Freiburg im Breisgau. In 1988, he returned to Munich and worked as a Fellow in Neuropathology with Dr. Parviz Mehraein at the Ludwig Maximilian University, where he completed his habilitation in 1991.

At the age of only 39 years, he became full professor and Head of the Department of Neuropathology at the University of Göttingen in 1992. Under his leadership, the department became the German Reference Centre for Prion Diseases and CJD Surveillance in 1993. Since 1999, he headed the German Reference Centre for Neurodegenerative diseases of the German Society of Neuropathology and Neuroanatomy and coordinated the German Brain Bank. In 2000, he accepted an offer from the University of Munich to head the Institute of Neuropathology, which became the Centre of Neuropathology and Prion Research under his leadership—one of the largest and best-equipped Institutes of its kind in Europe. Dr. Kretzschmar coordinated the BrainNet Europe, a “network of excellence” of European brain and tissue banks for clinical and basic neuroscience. During the BSE crisis in Europe, Hans was one of the most highly sought consultants, advising public health science and policy at national and international levels and contributing significantly to defining the guidelines for the prevention of Prion diseases. In 1999, he was awarded the Ernst Jung Prize for Medicine and in 2004; he became a fellow of the Royal College of Pathologists (FRC-Path). He received an honorary doctorate from the University of Athens in 2008, which showed the general appreciation of his scientific work and extraordinary personality.

Hans Kretzschmar had a wide range of scientific interests, covering many areas of clinical and basic neuropathology as well as applied neuroscience. He is author of more than 550 scientific papers, reviews and book chapters, which have been cited more than 23,000 times. He was member of the editorial boards of Brain Pathology, Acta

Hans Kretzschmar was taken away too early and too abruptly. Nevertheless, he left an indelible mark in Neuropathology, and particularly in the field of Prion diseases and other neurodegenerative diseases. Much of his work together with Dr. Piero Parchi and his pupils Dr. Armin Giese, Dr. Otto Windl and Dr. Walter Schulz-Schäffer has been devoted to the characterisation and classification of morphological and molecular phenotypes of CJD, which have become textbook knowledge. Dr. David Brown and I had the privilege of working with him on the normal function of the Prion protein at the synapse and the identification and characterisation of its copper binding domain, with landmark papers published in Nature. In the past 10 years, Dr. Kretzschmar developed an increasing interest in the diagnosis of other neurodegenerative diseases such as Parkinson’s disease, Alzheimer’s disease and frontotemporal dementia. It is due to his tremendous enthusiasm and devotion and the enormous effort of his pupils such as Dr. Manuela Neumann, Dr. Thomas Arzberger and Dr. Sigrun Röeber, that a huge collection of very well characterised brains has been established in Munich. This material was critical for the identification of new proteins and pathomechanisms involved in frontotemporal dementia and amyotrophic lateral sclerosis, like TDP-43 by Dr. Manuela Neumann or most recently the translation and aggregation of the C9orf72 GGGGCC repeat by Dr. Dieter Edbauer and Dr. Thomas Arzberger, both discoveries being published in Science.

Moreover, he set up and coordinated a network of brain banks in Germany as well as Europe, which resulted in very important recommendations for the structure and organization of brain-banks, guidelines and gold standards for tissue sampling and quality control. Most importantly however, Hans managed to bring together national and European experts on the diagnosis of neurodegenerative diseases in order to define diagnostic criteria, thus standardizing the diagnostics of these common neurodegenerative diseases. He deeply enjoyed the regular meetings of the BrainNet Europe (BNE) Consortium in particular the long sessions with the other BNE neuropathologists at the 17-head microscope at his institute in Munich. A picture with all participants of the BNE project on it stood on his desk close to his computer showing how he had grown fond of the people working for BNE.

His door was always open. He was always ready to invest in risky and new ideas, which allowed us to establish cutting edge technology like new sensitive detection methods or in vivo two-photon imaging. Hans Kretzschmar played a major role in developing the scientific careers of numerous students and this generated great affection and respect.