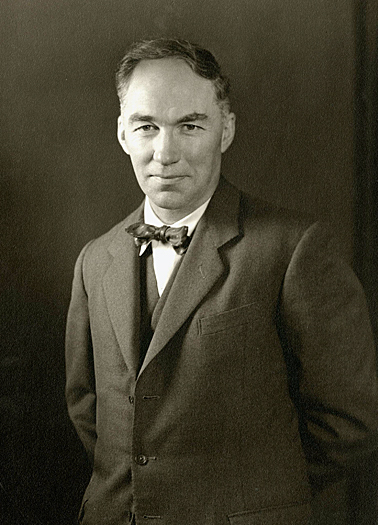 Dear colleagues,
Greetings to you all from Thiruvananthapuram!!
I am sure by now most of you would be enjoying the rainy season that is currently in full swing and must be getting respite from hot and sultry climatic conditions in particular northern parts of the country..
In continuation with the series on-‘Legends in Neuropathology’, this time I am sending a ‘write-up’ on Raymond D Adams. I do hope that this will be interesting to read.

Raymond Delacy Adams considered by his peers the pre-eminent neurologist of the twentieth century and Bullard Professor of Neuropathology Emeritus at Harvard Medical School died on Oct. 18, 2008 at Brigham and Women’s Hospital. Dr. Adams was born in spare circumstances in a rural area near Portland, Oregon in 1911, the first child of William Henry Adams, an oil truck driver and Union Pacific baggage clerk, and Eva Mabel Morriss.

Dr. Adams’s childhood was spent outdoors in sports, a harbinger of his vigorous adult pursuits of tennis and golf, but he began to work at physically demanding jobs from an early age. After graduating high school at 17 he crewed on an oil tanker from Alaska to Salvador. His first aspiration was to become a professional baseball pitcher but at the insistence of his parents he entered University of Oregon and chose to study psychology. He attended the new Duke University School of Medicine in its third class by serendipity and remained a great supporter of the school. It required great effort to make ends meet while studying.

Dr. Adams began his training in psychiatry as a Rockefeller fellow, first at the Massachusetts General Hospital and later at Yale. He could not reconcile the then grip of psychoanalysis with what he knew of brain diseases and he left for Boston City Hospital to study the physiological causes of mental and neurological diseases under Dr. Derek Denny-Brown. Relegated to the neuropathology laboratory, over ten years and thousands of gross and microscopic brain examinations, he developed the basis for modern clinicopathological correlation that was to establish HMS and MGH as the academic centers of American Neurology at the time.

He came to prominence as a neuropathologist and neurologist during a ten year career at Boston City Hospital. He was recruited to the Massachusetts General Hospital in 1951, where he directed the neurology program for over 25 years. Adams was a spectacularly successful builder of institutions. When he took over the department at Massachusetts General Hospital, the entire neurology staff amounted to a handful. He built the first large program in pediatric neurology with specialized faculty, residency training, and new research laboratories. As a part of this effort he founded the Eunice K. Shriver Center for mental retardation research and patient care. His combined staff numbered in the hundreds by his retirement. The birth of the Neuroscience Study Program, with founders at MIT, the creation of the Department of Neurobiology, and the emergence of a general university doctoral program in Neuroscience at HMS were all supported by Dr. Adams. His HMS course in neuropathology was legendary in its breadth for a generation of medical students. He relished teaching, all from slides he had collected and distributed to each student, abandoning this role only when he felt the curriculum no longer accorded adequate time for his efforts.

Many of his academic contributions were seminal. In cerebrovascular disease, he and Miller Fisher determined that the major cause of ischemic stroke was embolus rather than thrombosis and that the principal source was the heart. This laid the groundwork for attention to atrial fibrillation and the necessity of anticoagulant prophylaxis. Other contributions in the field of vascular disorders included a detailed elaboration of the syndrome of basilar occlusion and aortic dissection. His studies of a range of bacterial infectious processes and of syphilis directed attention to the leptomeninges as the primary site of disease that secondarily led to vascular damage and infarctions. He ascertained the features clinically and cytopathologically in a wide spectrum of hepatic disorders including encephalopathy following upon Eck fistula undertaken surgically for cirrhosis and varices that is now called hepatic encephalopathy. Studies of liver disease arose naturally out of a wider attention shared with Maurice Victor to the various syndromes with differential topographic expression associated with alcoholism and where they emphasized the importance of underlying nutritional deficiency and in particular deficiency of B vitamins..

Other contributions include characterization of the clinical and pathological features of primary CNS lymphoma, designating them as reticulum sarcoma; a range of inflammatory, metabolic and degenerative disorders of muscle and peripheral nerve; the establishment of the clinical characteristics and concept of normal pressure hydrocephalus (NPH); and his initiative in the neurology of the developing fetus and child. The creative and productive career of Raymond Adams must be viewed as the conceptual platform for the era of molecular neurobiology, imaging and computational cognitive neuroscience. He strongly supported an eclectic view of psychiatric disease, considering them to be problems of the brain, and stood behind numerous psychiatrists who had been ostracized from the community, at the time dominated by psychoanalysts.

Dr. Adams published over 250 original papers and seven monographs. His lasting influence on American medicine began as one of the founding editors of Harrison’s Principles of Internal Medicine, for which continued to write almost all the neurology material through six editions. The other editors chided Ray gently that his neurological treatises in the book led them to consider renaming it to the “Principles of Internal Medicine and the Details of Neurology.” Ray took their advice and he and Maurice Victor wrote Principles of Neurology, the true classic of the field now in its 9th edition and considered by far the leading textbook in the field. In association with Bryan Kakulas, he edited a book on muscle diseases.

All his trainees have remarked on Ray’s personal availability and his dedication to teaching. He was demanding, direct and honest, and always courteous. Team morale and collegiality were pervasive as result of his model behavior, looming personal presence, and work ethic. All were aware that they were part of an enterprise inspired by Ray Adams that constructed the core for the intellectual growth of neurology in the second part of the twentieth century. He is widely credited with establishing neurology’s and neurosciences’ place in modern medicine. He will be greatly missed by his colleagues and students.